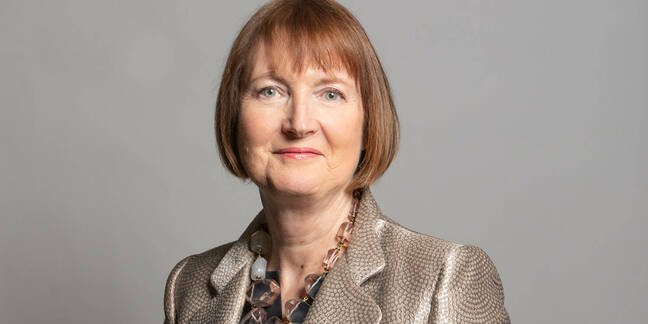 Earlier this month, the Joint Committee published draft legislation aimed at establishing a framework for the use, storage and management of data collected by the NHS contact tracing application.

If adopted, the bill will ensure that the data collected will only be used to limit the spread of COVID-19 and will be removed at the end of the pandemic. It also provides for the establishment of a Royal Contact Service, which will be responsible for day-to-day administrative matters and complaints.

The NHS contact tracking application is not anonymous, contains errors and can be misused. It’s a good thing we’re not in the middle of a pandemic, huh?

We don’t want the system to be based on the individual integrity of a minister, a team of ministers or a government. This is no way to protect rights. Harman said the way to protection is through the law.

The minister’s letter is not a legal defence. This is not the framework in which government institutions operate, she added.

Earlier, Mr Harman described current data protection legislation – including the Data Protection Act 2018, the GDPR, case law and the European Convention on Human Rights – as a jumble of laws totally incompatible with the scale of the problem.

The Joint Committee’s legislative proposal will have a diagnostic view and will apply to applications that follow contacts, which are centralised in their approach (e.g. an application developed by the NHSX) or decentralised (such as those provided by Google and Apple).

Whether they use a centralized or decentralized version, these principles of protection should exist, she said.

Scientists and privacy protectors have expressed their concern in open letters to the government about the design of the three applications and the central database in which citizens’ information will be stored.

However, the government’s enthusiasm for the bill seems mixed. Harman says he discovered the problem on the 7th. In May he contacted Minister of Health Matt Hancock, but he has not yet received an answer.

She also turned to Jacob Rees-Mogg, Chief of Chambers, for exclusive permission to submit her bill as a private participant. This in itself raises a number of problems, as there is currently no mechanism for parliamentarians and opposition supporters to introduce private legislation as a result of a violation caused by the pandemic.

In accordance with one approach, it will present the bill in the form of a presentation. This will enable it to submit the Joint Committee’s legislative proposal to Parliament without guaranteeing that the debate will take place.

In a discussion with the Registry, Mr Harman pointed out that the presentation of the Joint Committee’s legislative proposal would not necessarily delay the introduction of a contact tracing request.

She said we set up an emergency power supply quickly. And in fact, you know, I think there is a very strong consensus that testing, monitoring and isolating is the way to go if we are not isolated indefinitely.

As Parliament is temporarily unable to adapt to this daring new world of governance, it is not certain that the draft legislation proposed by the Joint Committee has a future. The current situation, in combination with a new hybrid parliament, leaves little room for new laws and debate.

Whatever happens, one thing’s for sure: Harman says she’ll download the NHS contact tracking application – although she may not want to participate. ®

Sponsored:
Practical tips for moving from tenant to tenant in the office 365