The evolution of cloud native — Kubernetes and beyond [Q&A] 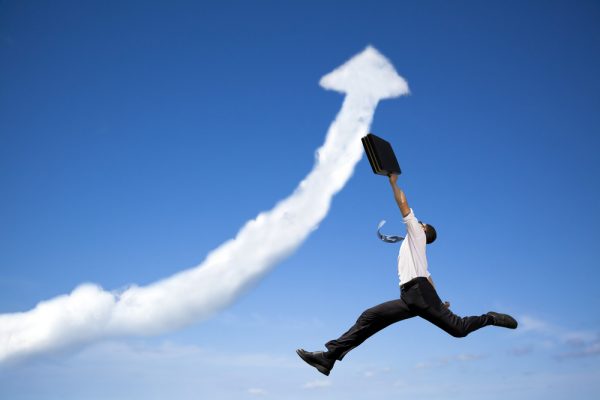 Enterprises are increasing their view of ‘cloud native’ to be way more than merely deploying containers on Kubernetes within the Cloud.

A brand new report — Cloud Native Adoption Tendencies 2020-2021 — from Lightbend, the corporate behind the Scala programming language, sheds mild on this pattern. We spoke with Mark Brewer, CEO of the corporate to be taught extra about how builders and enterprise leaders alike are trying greater up the stack, on the software layer.

BN: What does this survey reveal about cloud plans?

MB: We surveyed 1,000 builders and IT practitioners about their cloud native structure plans. On the infrastructure degree, the info confirmed aggressive adoption in cloud native, and that’s to be anticipated. 75 % are already internet hosting a majority of their purposes in cloud structure. 61 % are already utilizing microservices in manufacturing. And 59 % run most of their new purposes in Kubernetes and containers.

However what the survey revealed is that with these constructing blocks of decrease infrastructure settled, probably the most attention-grabbing evolution in cloud native has jumped as much as the applying layer — particularly, the best way to construct purposes which can be designed to run within the cloud.

BN: How is that this completely different from simply deploying purposes to the cloud, utilizing Kubernetes?

However the broader market has expanded its view of cloud native to being extra about writing enterprise purposes that particularly leverage the underlying cloud infrastructure. And that is been the view of Lightbend. That does not occur should you merely run containers and Kubernetes within the cloud, or should you merely transfer your virtualized atmosphere to the cloud.

As Google developer advocate Kelsey Hightower lately put it, “There is a ton of effort making an attempt to ‘modernize’ purposes on the infrastructure layer, however the ultimate funding on the software layer, assume frameworks and software servers, we’re solely fixing half the issue.”

BN: The survey reveals builders wrestling between automation and configurability, is that this a rising pattern in software structure?

MB: Sure, 53 % mentioned they’re transferring in the direction of ever-more automation and builders should focus much less on underlying techniques, and have extra cycles to spend on writing enterprise logic and performance. In the meantime 47 % nonetheless want to deal with sustaining underlying techniques, regardless of developments in serverless and better degree abstractions.

That’s actually a key divide. A lot of the momentum as we speak in enterprise infrastructure is pushing in the direction of frameworks and abstractions that relieve builders of the burden of configuring, scaling, and sustaining techniques themselves. However we had a very attention-grabbing response the place a developer famous that, “SaaS comes with ease of adoption and sooner time to market, nevertheless many don’t perceive the price of operating them at scale.” In order that trade-off is likely one of the key friction factors we see within the evolution of software structure.

BN: Is there additionally a normal friction between builders and executives when it comes to their understanding of cloud native and what the highest priorities ought to be?

MB: Sure, the survey discovered that builders take into consideration cloud computing extra when it comes to particular applied sciences like Kubernetes and containers, whereas administration thinks of cloud computing extra as a brand new solution to construct purposes. Administration tends to want the concept of outsourcing as a lot upkeep as potential, whereas builders’ choice for configurability over automation reveals a need to not lose an excessive amount of management over the various layers of an software stack.

BN: So what do you assume is subsequent for the cloud native business? What do you see within the crystal ball, now that the business has settled largely on Kubernetes?

MB: Regardless of that earlier trade-off we talked about between automation and configurability I actually do see serverless maturing and massively disrupting the business. Not solely taking away the complexities of packaging up purposes and deploying them, however eradicating the requirement to do any form of configuration. I believe it is inevitable that serverless would be the dominant method that purposes are developed. And the laborious components of creating the applying layer completely fluid with the cloud- infrastructure layer will likely be one thing that’s dealt with behind the scenes as an abstraction, quite than builders straight coping with the hairiest challenges like state and reliability.